The ultimate goal of functional brain imaging using EEG is to localize cerebral sources using volume conductor models. The accuracy of EEG source localization largely depends on that of EEG forward modeling, which requires accurate realistic head models incorporating the exact anatomical geometry of head tissues including scalp, skull, cerebrospinal fluid (CSF) and brain. A realistic head model is usually reconstructed through segmentation of individual magnetic resonance images (MRIs). In adults, the main sources of inaccuracies in EEG forward modeling are CSF, inhomogeneities in skull and brain tissues including gray and white matter, and uncertainty in conductivity of different head compartments. In newborn infants, little effort has been made to investigate the effect of uncertainty in head tissue conductivities and geometrical complexities on the accuracy of EEG forward and inverse solutions.

In a study published in 2016, we conducted a series of simulations by using the finite element method (FEM) to investigate the effect of different neonatal head model deficiencies and inaccuracy in the head tissues' conductivity on EEG forward and inverse modeling. For this purpose, we first segmented coregistered head MR and CT head images from one neonate. We then created a realistic neonatal head model including scalp, skull, fontanels, CSF, gray matter (GM) and white matter (WM) as shown in Fig. 1. 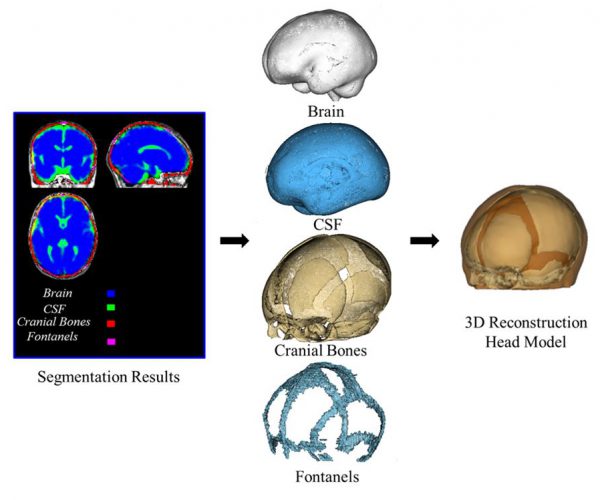 Twelve FEM volume conductor head models were created with tetrahedral meshes containing 633,728 nodes and 3,601,917 elements labeled as scalp, skull, fontanel, CSF, GM, or WM based on the head tissue segmentation. To create a source space, the cortical surface mesh was extracted from the cortical tetrahedral mesh. EEG forward simulations were then performed by placing dipole sources on the vertices of the cortical surface mesh with normal orientation (Fig. 2). 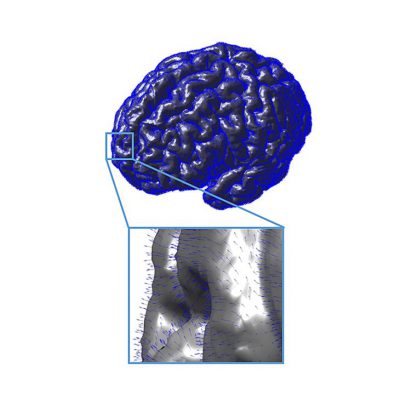 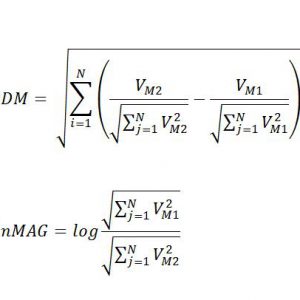 Where N is the number of EEG electrodes and VM1 and VM2 denote the computed scalp potentials with Head Model1 and Head Model2, respectively.
Our results showed that the exclusion of CSF from the head model had a stronge widespread effect on EEG forward solutions. The discrimination between gray matter and white matter also showed a strong effect but less intense than that of the CSF exclusion. The exclusion of the fontanels from the neonatal head model only affected areas beneath the fontanels, but this effect was much less pronounced than that of the CSF exclusion and GM/WM discrimination. Changes in the GM/WM conductivities by 25% with respect to the reference values had considerable effects on EEG forward solutions, with a stronger effect observed for the GM conductivity. Similarly, changes in the skull conductivity affected EEG forward solutions in areas covered by the cranial bones. The least effect on EEG was produced by changes in the conductivity of the fontanels (see following figures). Our findings demonstrated the impact of inaccuracies in conductivity of head tissue compartments on EEG forward modeling in neonates (Azizollahi et al., 2016). 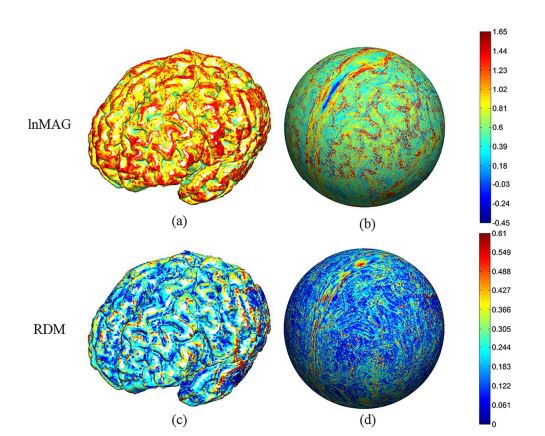 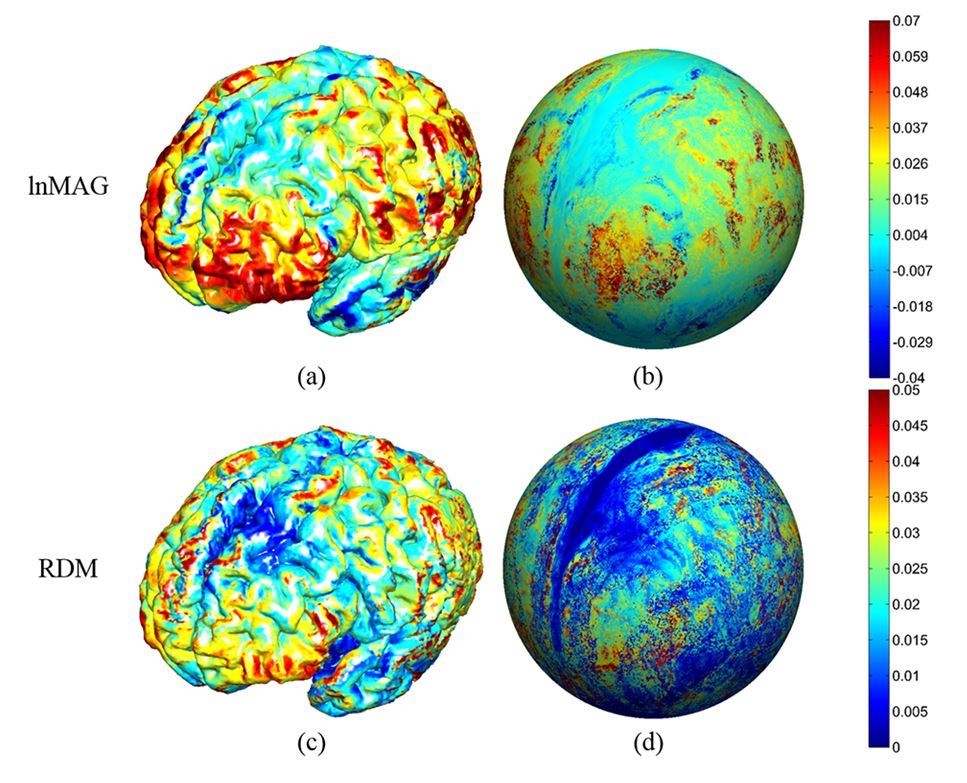 Effect of discrimination between gray and white matter 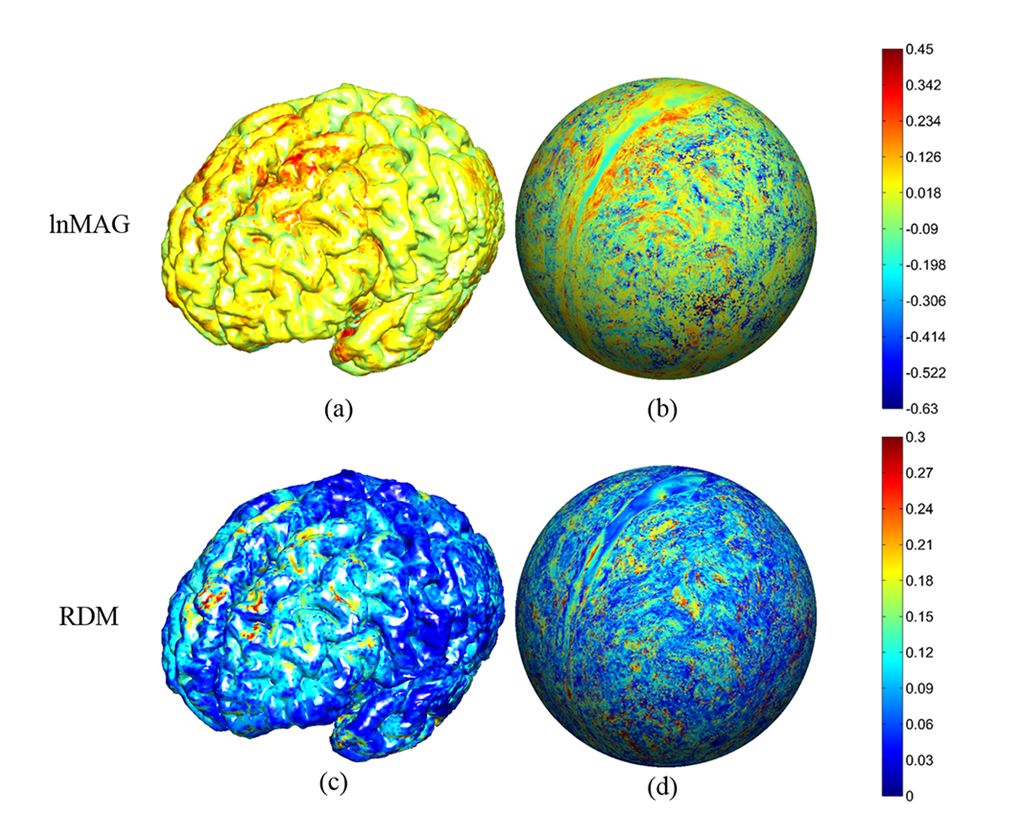 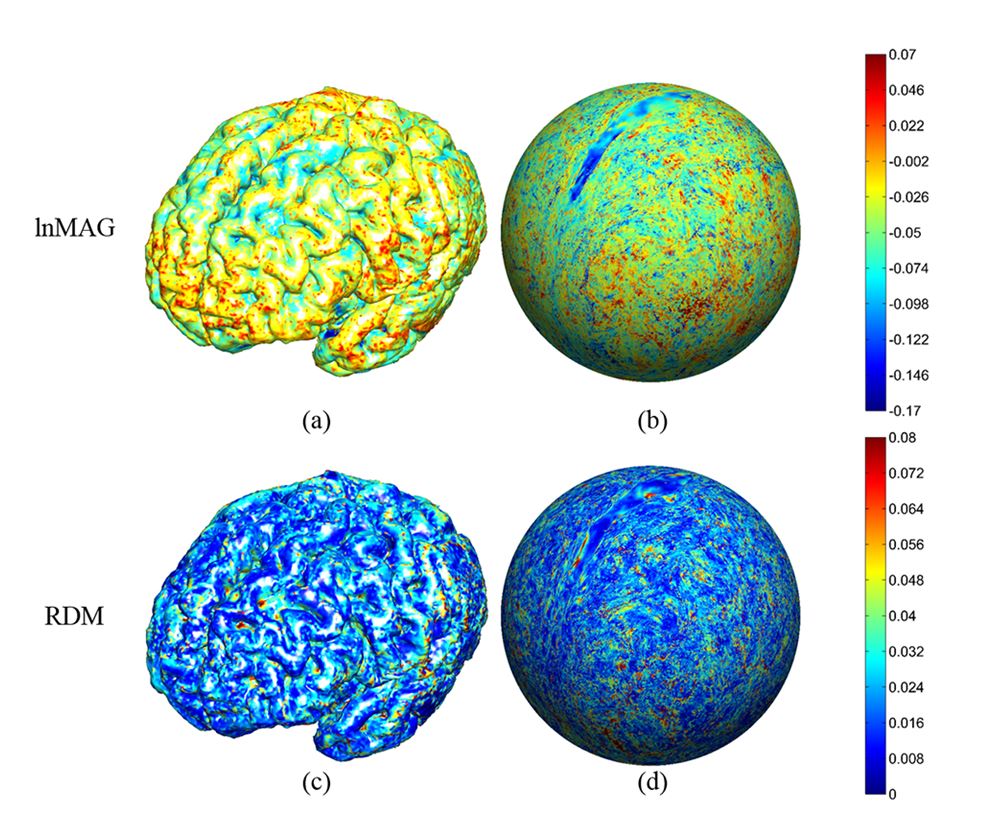 Effect of exclusion of fontanels 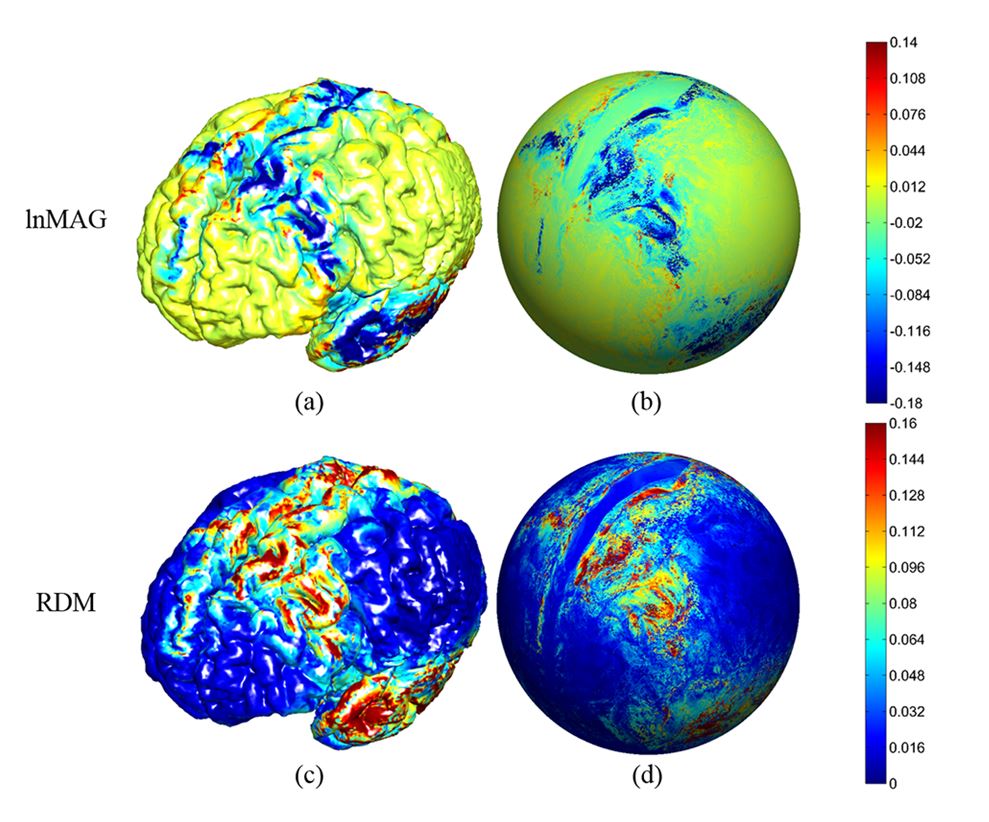 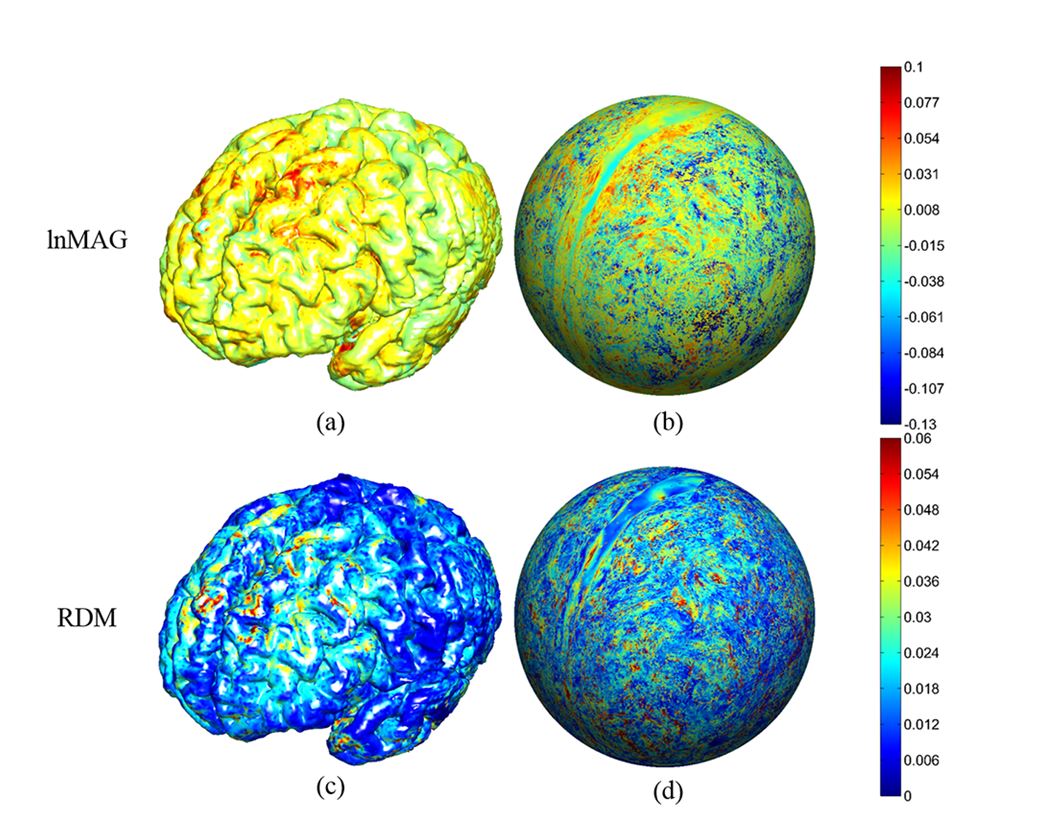 Table II. Summary of the test and reference models included in each simulation setup.

Effect of discrimination between gray and white matter

Effect of exclusion of fontanels 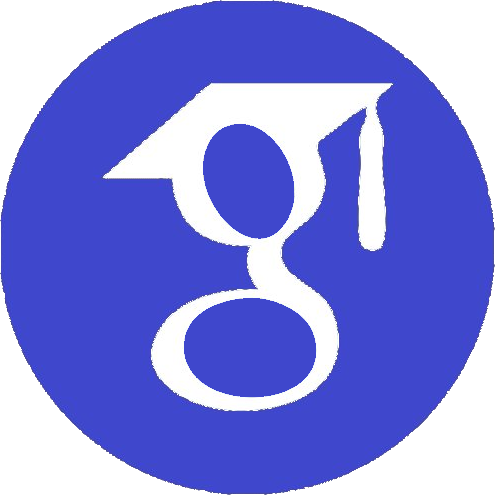 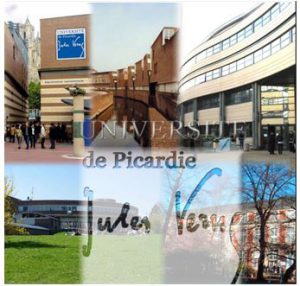 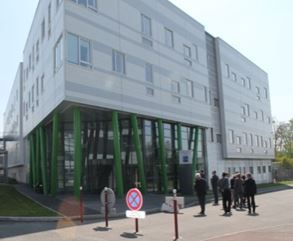